Fathers and Sons: Paternity from a Distance 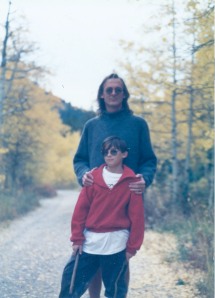 Though Father’s Day is well behind us, I have been stuck lately in Daddyland unable to shake the notion that even though my children have somehow managed to reach adulthood in one piece, there is still so much potential for a paternal fuck-up.  None more potent, I think, than the peculiar minefield that is the father/son relationship.

This latest worry can be traced, I think, to my son’s current difficulties (what young man doesn’t have a few?).  Difficulties the specifics of which it would be inappropriate to mention here, but which beg the question: what is it about the father/son relationship—or more specifically, our father/son relationship, “D”’s and mine—that makes it so difficult for me to feel comfortable (after all these years) in stepping back a few paces, in eschewing the fixer role, in vacating the space that only my son should rightly occupy?

What am I afraid of?  Why, of losing him, of course! 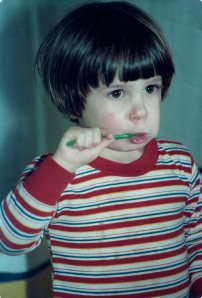 I can remember a time when there was so much less—fear, that is; when to hold my son close, to offer reassurance and guidance when he came to me with a skinned elbow or a school problem, was almost as easy as breathing.  I can remember holding “D” asleep in my arms and thinking that any existent God would surely have trouble creating again a being so marvelous, so beautiful, with half so much potential (silly me, three years later his sister came along!).

I can remember thinking that there was nothing I would ever do that would be more important than taking care of him, than protecting him.

All that began to change when “D” turned twelve.

Okay, so I’m well acquainted with the explanations (scientific and pseudo-) that would account for the difference.

No doubt about it, a young boy confronting adolescence has a lot on his plate.  Aside from a passel of mind-blowing physiological transformations and urges, there’s the impetus to begin creating an autonomous, independent life of his own and to begin peopling that space with friends and intimates quite apart from Daddy dear. 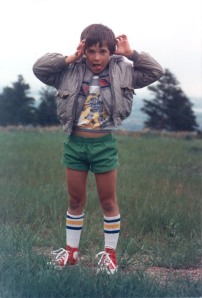 Of course, it doesn’t simplify matters that the son’s adolescence-triggered changes are sometimes concurrent with Dad’s own messy mid-life crises.  Is it any wonder then that Pops should slip a bit—or a lot—from any pedestal he might previously have occupied?  I mean, think about it!  How immensely discouraging must it be for a young person—witnessing these hapless fathers who despite all their years and experience can’t seem to avoid screwing up?  And how much worse the special situation of a boy in mid-adolescence whose Dad happens to be coping with the inescapable fact of his homosexuality?

So, obviously all the forgoing played a role in the changes that began occurring between my son and I some twenty years ago, factors that jarred us into the current phase of our relationship—the phase that I think of as Daddyhood from a distance, paternity from the sidelines (quite literally now that “D” lives on the other side of the continent).

And yes, I understand that such changes are an appropriate part of the child’s maturation process.  Yet, I can’t help fretting over the intimacy that seems to have gotten lost as my role as protector gives way to something else—to something more like an advocate.  I can’t help wondering what it is that makes so many of our exchanges, “D”’s and mine, seem cursory—that makes even the flat-out fact of the words “I love you” ring heartbreakingly hollow over the telephone line?

So here’s my latest theory: that there’s something about our evolving perceptions of each other that makes each of us afraid.  Maybe for “D” it’s the reality of his father’s many imperfections that undermines confidence in the notion of a steadfast paternal love?  Maybe something about my unwillingness to step in as often, to fix and repair as unfailingly, that makes him doubt the depth of the father/son connection?  And so, he holds back?  He doesn’t reveal himself?

And for Daddy Jack?  Well, perhaps it’s the fear that my son will not see in himself—that he cannot see all by himself—the good that I see?  All the potential?

And as I’ve already indicated, maybe it’s just the God-awful fear that I will lose him.

So how would I wish things different in our relationship, what accord would I have us reach?

While I can’t speak to what that might look like from “D’s” perspective, from my own I’d wish that he should understand—really understand—how much I love him.  Enough to step back and allow him to stumble, watch him fall, witness his pain.  Because I have to—I have to do it each time in the full knowledge that I might be committing a colossal paternal fuck-up. 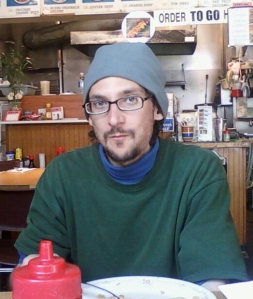 And I’d wish him to know how proud I am when, after each mishap, and given all the difficulties he lives with day-to-day, he finds the strength to try again.

Yes, I guess I’d wish all that.

For my sake, surely.

But for his, too.

2 Responses to Fathers and Sons: Paternity from a Distance