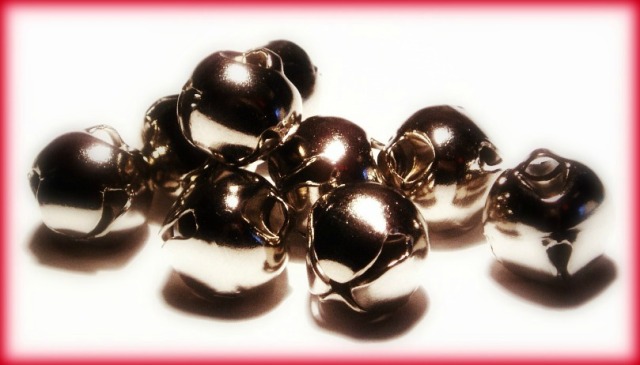 It was 1960, I think.  I would’ve been almost twelve that year—too old to believe in Santa Claus.  My tendency to engage in pre-Christmas snooping had seen to that.  By then, it had already been several holiday seasons since I’d first begun sniffing out the gift-wrapped packages—always labeled “From Santa”—that my parents stashed in our tiny attic or beneath drifts of bed sheets in my mother’s linen closet.

My brother, Michael, on the other hand, would’ve been about eight that year—still young enough to buy into the charming myth of Santa.

I say ‘charming’ because I thought it was.  In any case, my budding adolescence that long ago Christmas had not yet negated the magic I’d been bred to associate with the season.  I’d like to think it was for that reason that I wanted to preserve the myth for Michael.

You see, way back then I actually believed that, along with the birth of the Baby Jesus (another part of the myth this still recovering Baptist boy cannot quite jettison) Santa Claus was at the core of Christmas’s allure.  Something about the simplicity of the Santa story—be a good person, make a wish once a year, have a jolly, pot-bellied, saint make it come true—was too wonderful to relinquish.  Not just yet.  And so I embarked upon a clumsy Christmas Eve subterfuge that year—a small deception I thought might just keep the magic alive a while longer for Michael.

If you’d known my brother back then, perhaps you’d understand why I went to the trouble.  It wasn’t because we were especially close, my brother and I.  Michael—Mike was and is a private person—not apt to share his feelings, much less his innermost longings.  At least not with me.  The trickery I attempted that long ago Christmas Eve can be traced, I believe, to a more simple truth: I am, and have always been, a beauty junkie.  The fact is, I thought my eight-year old little brother the very personification of innocence and otherworldly beauty.  Skinny and knock-kneed, with a buzz-cut snow field of white blond hair, enormous blue eyes, fair complexion, and funny buck teeth (chronic thumb-sucking will do that), Michael looked like he belonged in the company of the heavenly hosts—all those angels bending near the earth, to touch their harps of gold.

I thought my brother gorgeous.  Every bit as gorgeous as the Santa myth.

Which brings me back to the particulars of that long-ago Christmas Eve subterfuge.

It involved a strand of sleigh bells filched off of a worn out holiday door decoration.

The plan was to conceal the bells in the shrubbery outside my brother’s bedroom window and to attach them to a length of fishing line—the clear kind so as to make detection difficult.  Next, I’d run the line around the side of our house and through my bedroom window.  So far, so good.

I remember setting my wind-up alarm clock for 2:00 a.m. at which time I intended to rise and give the fishing line several good tugs, enough force to invoke a loud jangle—loud enough to rouse Michael and to suggest to his sleep addled brain the proximity of Santa’s sleigh.

As I mentioned, it was a very simple, even clumsy plan.

Clumsy because I hadn’t considered the possibility of error—hadn’t considered, for example, that an excess of enthusiasm might cause me to jerk the fishing line too hard; hard enough to pull the sleigh bells out of the shrubbery.  I hadn’t considered how the soft Florida sand outside my brother’s window would muffle any ring-a-ling to a Tinker Bell tinkle.  Which is, of course, exactly what happened.

I don’t remember if Mike heard the bells—I don’t recall him ever mentioning them; and I’m not sure if my efforts served to prolong his Christmas innocence, if indeed he retained any at the time.  What I am sure of now—all these many years later—is that my subterfuge was not entirely altruistic.  Not just about preserving a charming myth for Michael. 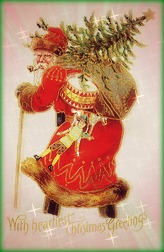 Rather, I can see now that I went to all that trouble as much for myself as for my beautiful little brother.  I think that is because I wanted to keep believing in a world where magic existed—where genuine Goodness walked on roof tops and flew through the skies in reindeer drawn sleighs; the kind of world where you could count on true altruism—if only once a year.

I wanted to believe that there was someone, some miraculous ‘being’ more accessible to me, to Michael, than an unseen God on a golden throne, more ‘real’ than a Plaster of Paris Baby Jesus in a manger. I wanted to believe in a Magical Goodness I didn’t have to die to experience.  I’ll admit it: I wanted that corpulent, red-suited, repository of generosity—that living, breathing Ambassador of Good Will (whose appointed ‘helper representatives’ could be seen in every department store in town)—to be real.  I wanted a Santa who knew exactly who I was, who Michael was—who knew each boy and girl personally.  So personally that it was worth the trouble of an annual visit and reward—just because we’d tried to be good.

That seemed a myth worth preserving.

So there you go—that was me, a little Southern Baptist blasphemer even then.  But I wanted that charming story to keep a while longer.  I wanted it to ring clear and true that long ago Christmas Eve.  As true and clear as sleigh bells ringing.

Maybe I still do?

Jack Andrew Urquhart was born in the American South. Following undergraduate work at the University of Florida, Gainesville, he taught in Florida's public schools. He earned a Master of Arts degree in English, Creative Writing, from the University of Colorado at Boulder, where he was the winner of the Harcourt Brace Jovanovich Award for Fiction (1991). His work has appeared online at Clapboard House Literary Journal, Crazyhorse Literary Journal, and Standards: The International Journal of Multicultural Studies. He is the author of So They Say, a collection of self-contained, inter-connected stories and the short story, They Say You Can Stop Yourself Breathing. Formerly a writing instructor at the University of Colorado’s Writing Program, Mr. Urquhart was, until 2010, a senior analyst for the Judicial Branch of California. He resides in southern California.
View all posts by jaurquhart →
This entry was posted in Uncategorized and tagged Andrew Urquhart, Christmas, Christmas memoir, Christmas memory, holiday memory, Jack A. Urquhart, Jack Andrew Urquhart, Saint Nicholas, Santa Claus, Santa myth, Saving Santa Claus, sleigh bells. Bookmark the permalink.