Penitence, a prose poem by @EvryManJac 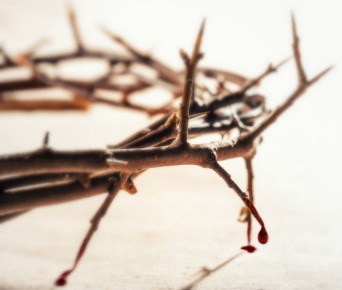 Just so you know:
I have my regrets.
Doesn’t everybody?
And yes, I am sorry—
sorry for the grief I’ve caused.

That, in a nutshell,
is the story of my life.

But to get on with it—
this self-indulgent ditty
(What? Did you think this Jack
a clueless knave?)—
it’s all been my bad,
I freely admit;
would do so to your face
if that were possible.
Not that it would matter.
Not that it would change anything.

So why seek expiation, then?
Why this baying at the moon
when some of you are unreachable,
except perhaps in dreams;
when others, still kicking,
have moved on to better lives
expunging every remembrance
of me?

Well, here’s the thing, you see:
I still remember you,
all the ‘you’s’ of times gone by.
And then, there is this:
I’ve grown old in the interim,
which can prick one’s conscience
to draw blood—
if only a drop or two.

But I’m thinking,
maybe that is enough.
And, if you’ll pardon
my wandering pronouns,
enough for one to discern
shit from Shinola™;
enough for you to know
that the worst thing in life
isn’t some silly loss of face;
isn’t the inescapable imminence
of our respective grand finales.

No, the worst thing in life
is certainty—
that you’ve been the cause
of another’s suffering,
that there is no difference,
nor comfort to be had,
in anguish inadvertently inflicted
and the coldly premeditated act.

But we already knew that,
didn’t we?

Jack Andrew Urquhart was born in the American South. Following undergraduate work at the University of Florida, Gainesville, he taught in Florida's public schools. He earned a Master of Arts degree in English, Creative Writing, from the University of Colorado at Boulder, where he was the winner of the Harcourt Brace Jovanovich Award for Fiction (1991). His work has appeared online at Clapboard House Literary Journal, Crazyhorse Literary Journal, and Standards: The International Journal of Multicultural Studies. He is the author of So They Say, a collection of self-contained, inter-connected stories and the short story, They Say You Can Stop Yourself Breathing. Formerly a writing instructor at the University of Colorado’s Writing Program, Mr. Urquhart was, until 2010, a senior analyst for the Judicial Branch of California. He resides in southern California.
View all posts by jaurquhart →
This entry was posted in Uncategorized and tagged Aging, consolation, empathy, Every Man Jack, EvryManJac, expiation, forgiveness, Jack A. Urquhart, Jack Andrew Urquhart, penitence, Prose poem, Prose Poetry, regrets, search for absolution, self-indulgence, Shinola. Bookmark the permalink.

5 Responses to Penitence, a prose poem by @EvryManJac